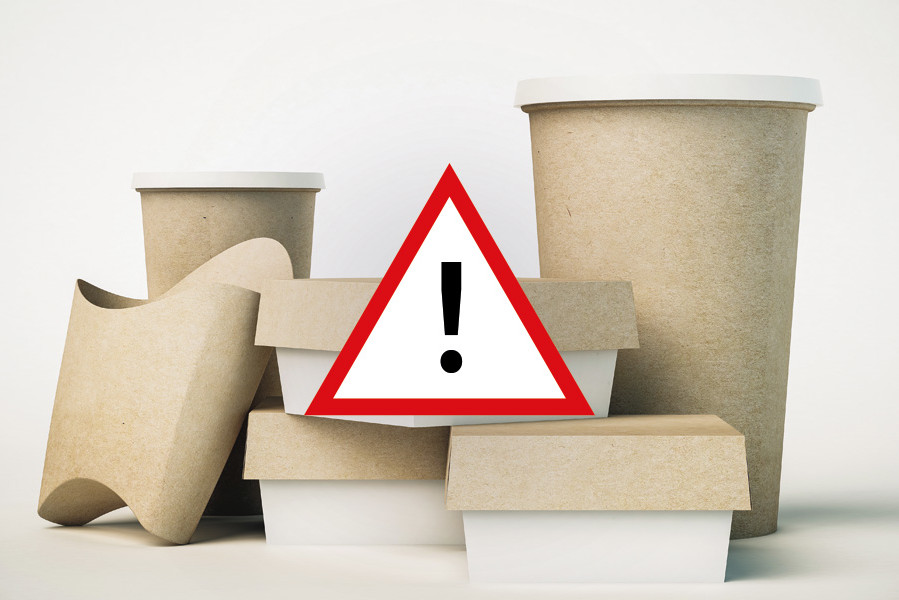 In a recently published article by BEUC (The European Consumer Organisation), an umbrella for European consumer group based in Brussels tasked to defend the interests of all Europe’s consumers, it reported laboratory tests showed that food packaging made of coloured paper and cardboard - such as coffee cups and straws - may contain and release chemicals originating from the inks used for printing. Paper is the second most used food packaging material after plastic. Unlike plastics, however, there are no EU rules governing paper’s use as a food contact material.

In a note, the BEUC who investigates EU decisions and developments likely to affect consumers, stated that The EU needs rules on chemicals in coffee cups, straws and other paper food packaging. Laboratory tests carried out by their members indeed show that some cardboard and paper food packaging do contain and release chemicals from inks used in printing. With some single-use plastic products destined to be banned in the EU from 2021, these tests raise concerns about the safety of alternative products for consumer health.

BEUC analysed 76 samples of printed paper or board packaging such as coffee cups, paper straws, printed napkins and grocery products. The test showed that:
• More than one in six samples contained primary aromatic amines, some of which are suspected to cause cancer. Nine samples contained these chemicals above the limit set in the EU Plastic Regulation.
• Almost all 76 samples contained UV filters. Some UV filters are suspected to cause cancer or disrupt the hormone system. Further analysis of 21 samples showed that UV filters migrate into food above the recommended levels2 in six products, including a children’s box of raisins.
• The safety of most of the substances found to migrate into food has not been evaluated by the EU food safety watchdog, EFSA.

Monique Goyens, Director General of BEUC, commented:
“Most consumers naturally assume that the material in direct contact with their food is free of harmful chemicals, but that is sadly not the case. Chemicals in packaging that leak into our food ultimately enter our bodies, but they have no place there. This new test adds to the growing evidence by consumer groups across Europe that paper food packaging may not be as innocent as it seems. To protect consumers’ health, the EU needs to develop strict rules that are more than a paper tiger. “It is worrying that paper, which is the second most used food packaging after plastic, is used in contact with our food without a safety net. With the ambitious ban on single-use plastic around the corner, the EU must ensure that alternatives such as paper and board food packaging are safe for consumers.”

Marco Omboni, president of Pro.mo, comments, "Once again it is shown that, at least in terms of food containers, there are no good or bad materials or products, but in choosing it is essential to consider numerous aspects, including the end of life treatment but also the origin and methods of production. It would be nice if everyone, starting from the political decision makers at every level, made decisions based on objective data, without being influenced by other aspects that can lead to excessive restrictions (see the announcement for plastic plates and cutlery) or, as in this case, with unconditional credit given towards products of uncertain production or origin."